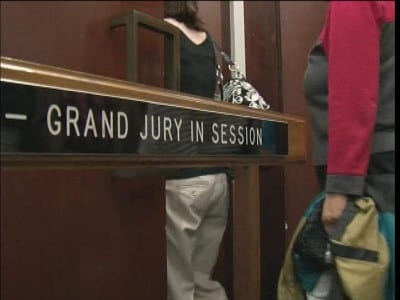 This post is a follow up to my post on “My Son Was Arrested and Charged With a Felony. Is There a Way to Get the Charge Dismissed?” I think that a lot of people don’t understand a few things about our criminal Juries and our legal system. There are Grand Juries and Petit Juries in Texas criminal cases. The job of the Grand Jury and Texas felonies go together like peas and carrots. There are important differences between the two and the purposes they serve. Grand Juries specifically relate to felony charges.

I’ll get to Petit Juries in another blog post. A lot of clients are nerve wracked and anxious about felony charges against them. They are scared about the Grand Jury and the indictment process. This will explain the basics. If you want to talk about this more, give me a call or fill out the form to the right.

What is a Grand Jury in Texas?

What does the Grand Jury Do?

Although you may have been arrested and charged with a felony, the felony doesn’t really “begin” until you are indicted or a True Bill is returned. If you are held in jail, the State has 90 days to indict you or they must release you on bond. If the Grand Jury chooses not to indict you, congratulations! That’s great news.

What if the Grand Jury doesn’t indict me? What is a No Bill?

My felony charge was No Billed. What’s next with my case?

If a felony charge is No Billed that can be very good news. That means that there was not enough evidence to convince the Grand Jury that you committed a felony. Very often, once a No Bill is returned from the Grand Jury, the Prosecutor will sign a dismissal order. A Dismissal Order, once signed by the Judge, dismisses the case against you. However, once the criminal charge is filed against you, depending on the charge, the Statute of Limitations begins to run for you and the State.

What do I do for you on your felony case?

One thing I like to do is speak to the prosecutors as soon as possible before indictment and before they present your case to the Grand Jury. Sometimes, I can give them favorable evidence to your side of the story for them to considering showing the Grand Jury. This may be the deciding factor as to whether or not you get indicted.

Why can they keep trying to indict me?

The State can keep trying to indict you because the Statute of Limitations has not run out for your criminal charge. This is the way that the law is set up. This is because during that time (the Statute of Limitations) new evidence may become available, witnesses may disappear and then come back, new testing may become available (DNA for example), and overall the State has the right to present their case.

Grand Juries in Texas serve as gatekeepers to the criminal Courts for felony charges. If a Grand Jury, after reviewing the evidence presented, does not find probable cause that you committed a felony, then your charge is No Billed. If they do find probable cause, they you will be indicted and a True Bill will be sent to the criminal Court to request a Trial. At that point, the normal sequence of a criminal case begins. Get ready to request your criminal discovery as soon as possible.

I’m going to write this blog post in two parts. The first part will be about what’s on everyone’s mind when they’re...

Conditions of Bond in Texas