POM is one of the most common criminal charges in Texas. Most of the time people get caught after they’ve been pulled over. Usually the person smoked weed in the car, recently smoked weed and smells like it on their clothes, and/or they have burnt roaches in their ashtrays. Keep it out of your car and think twice before going on your blunt rides.

What is POM in Texas?

Marijuana possession in Texas as means possessing a usable quantity of marijuana. The key in your case may be the “usable” definition under the law. A usable quantity of marijuana can include small and large amounts (a partial joint, a “one-hitter”, or a two gram blunt). Tests will be done on the items or substance(s) taken by the police. The police will have it tested to ensure that the green leafy stuff they found in their search is actually marijuana. Not only that, but you can also be charged with possession of drug paraphernalia if you have a bowl, bong, or other drug related items.In Texas Possession of Marijuana Under 2 oz is a Class B misdemeanor which means you can face up to 6 months in jail and a $2,000 fine. This is the most common type of POM.

Recently a client came in my office charged with Possession of Marijuana Under 2 oz. She was pulled over with friends in the car. Marijuana was found in her bra after police asked to search her and the vehicle. As you can imagine, it’s also hard to deny that “you didn’t know” that you had marijuana in your possession or that it was in piece of your clothing.

(Legal Tip: You have the right to remain silent. I haven’t run into anyone who talked their way out of a POM ticket. Don’t answer questions other than providing your ID. Never give police permission to search you or your vehicle even if you know they’re going to find something illegal. Either way you’re going to be charged with a crime. Giving permission now means you can’t fight it later. Make them do their Constitutional duty and get a warrant.)

The bigger concern for you is this…. if you are convicted of a drug offense, including possession of marijuana under 2 oz, you may also be facing some collateral consequences. A couple examples are a 180 day driver’s license suspension and trouble getting Federal Financial Aid. Although there is a national movement towards legalizing or decriminalizing marijuana, it is still illegal in Texas and at the Federal level.

Common Areas in a Car. Everyone Gets Charged! If it’s over 4oz it’s a FELONY.

But wait there’s more! If the marijuana had been found in a common area in the car (meaning all people in the car had access to it), everyone in the car could have been potentially charged. Blunt rides with friends can put everyone in the car at risk for arrest. Either they smoked marijuana in their cars, smell like burnt marijuana or leave paraphernalia in plain view. Depending on the situation, if you have over 4 oz of marijuana, you can be charged with felony POM in Texas.

When a police officer sees illegal activity or illegal items in plain view, he or she does not need a warrant to search the vehicle and seize those items! At that point, they can pull you out of the car and search for more weed.

In September 2015, the law changed in Texas relating to synthetic marijuana. These types of drugs are now punished in the same way as marijuana. Spice, K2, and Synthetic Marijuana in Texas have become a hot issue. The drugs used in them are chemically similar to marijuana but can have serious health effects. While this may seem like attractive alternatives to marijuana, with the change in the law, you won’t be able to avoid arrest or prosecution if police catch you with these.

Illegal Searches by Police and Reason for the Stop

For police to pull you over in Texas, they need reasonable suspicion to pull you over. This usually means a traffic violation such as speeding, running a stop sign, or forgetting to signal a lane change. When your case goes to Court, police will need to justify the reason for the stop. If the stop escalates to a search and they find marijuana, the officer will have to show that there was probable cause to search the car. If police search without probable cause, your permission, or some other provision in the law, then the search will be considered illegal.

What happens to illegally searched and seized evidence by police?

The short answer is that it can be thrown out against you. Police have to follow rules too. Bad evidence stays out of Court when the police violate your constitutional rights. 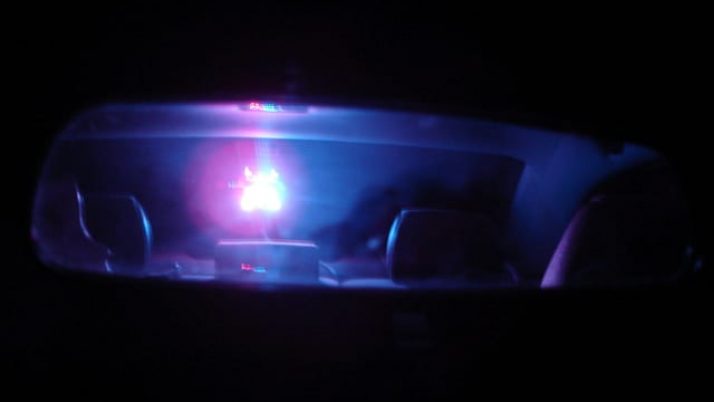 One topic that I’ve done small presentations on has to deal with DWI’s in Texas. What do I do if I’m pulled over for DWI?...

This post closely relates to my last post about getting a Class C Misdemeanor wiped from your record. Most Texans probably think of traffic...

Search Warrant vs Warrant of Arrest?