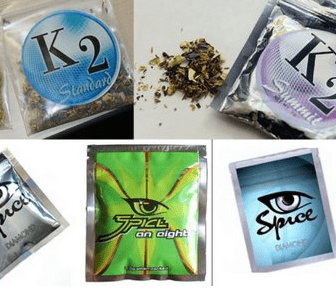 The issue of synthetic marijuana is hot in Texas. Synthetic marijuana is sometimes sold as a “potpourri” and has names such as K2, Spice, Black Mamba, Bombay Blue, Genie, and Zohai. Either way, Spice, K2, and Synthetic Marijuana in Texas are illegal as of September 1, 2015. Law makers, law enforcement and prosecutors have been basically trying to play Whack-a-Mole when it comes to these types of drugs. The reason why is because the chemists who make these drugs are able to change them faster than they can become illegal.

What is Synthetic Marijuana in Texas?

That’s a great question. Under Texas law, synthetic marijuana is a chemical compound which mimics the effects of cannabinoids (marijuana). These are also known as Controlled Substance Analogues in Texas. These chemicals are covered by the Texas Controlled Substances Act, specifically under Section 481.1031. Under Texas and federal law, these chemicals have to be “substantially similar” to the drug which they’re trying to mimic.

What is the punishment for possession of synthetic marijuana in Texas?

What are your defenses to possession of synthetic marijuana in Texas?

First, I just want to mention that there are multiple defenses available to you. This list isn’t the complete list. It’s a list of the biggest defenses you have. This can be especially helpful during your case and can affecting the 3 Ways Your Criminal Case Can End in Texas, and deciding Whether or Not You Should Take a Plea Bargain.

As long as marijuana is illegal in Texas, synthetic marijuana is an attractive alternative. We’ve seen plenty of news about synthetic marijuana and the damage and health problems it causes. Recent changes in the law have aimed at stopping the widespread use of K2, Spice, Black Mamba, Bombay Blue, Genie, Zohai and others. As the chemical mixtures change on these products, the laws will adapt. These products are already on the national, state, and local news. Jail time is a real possibility that you face if you’re caught with synthetic marijuana in Texas. Don’t risk your health, safety or criminal record.

What is a body camera? Most people follow the national news either online, on TV, newspapers, radio or a mixture of sources. If you’ve...

At this point I’ve already covered the broad overview of record sealing in Texas. When most people talk about getting their record sealed...