Home / All Posts / Uncategorized / Jury Trial or Trial by Judge?

This post relates to a previous post on the Sixth Amendment’s guarantee of the right to an attorney in the U.S. Constitution (the Sixth Amendment also includes the right to a jury trial). This right to a jury trial is also found in TWO places in the Texas Constitution. In the Texas Constitution Article 1, Section 15 and Article 5, Section 10. Texans take their right to a jury trial seriously. You can even demand a jury trial for a speeding ticket in Texas! In this situation, just because you can, MEANS YOU SHOULD! Jury trials are the bedrock of our legal system.  Your other option is a trial by judge, or what is commonly called a “Bench Trial.” You should always request a trial by jury. Whether you decide to have a jury trial or trial by Judge, ask the advice of a lawyer beforehand. This is a very important strategic decision. Let me explain why. Should I request a Jury Trial or Trial by Judge?

Hands down, as a rule of thumb, no matter what type of case it is, REQUEST A TRIAL BY JURY. A trial by jury is the default for criminal trials in Texas. In Texas, misdemeanors are tried by a jury of six members and felonies by a jury of twelve members. The history of jury trials go as far back as Ancient Greece. Jurors are selected at random by lists of eligible voters in the county where the crime occurred. If you request a jury trial, the jurors hear the evidence and make a decision as to Guilt/Innocence. You may also request that the jury decide your punishment. In contrast, a trial by Judge (normally called a Bench Trial) is a trial without jurors. In a Bench Trial, a judge will make legal decisions as well as hear the evidence of the case. It’s extremely important to keep in mind that there is a VERY high chance that the Judge is a former prosecutor. If a former prosecutor is hearing your criminal case, you may want to think twice about requesting a trial by Judge. That’s just food for thought.

Benefits and Disadvantages of a Jury Trial

There are many benefits to a jury trial. First, the jurors don’t hear criminal cases professionally. Maybe some of the jurors have served on a criminal jury before but that odds are high that they have not. This can work in your favor because like you, they are not involved in the criminal justice system on a regular basis. Also, the jurors are made up of members of the community. As members of the community the jury ultimately decides whether your actions and conduct conforms to the community’s expectations. The community’s expectations are reflected in our laws. Jurors decisions on guilt/innocence must be unanimous. If one juror doesn’t believe you are guilty, it can result in a hung jury (also known as a mistrial). This can work in your favor for future plea bargaining. After a mistrial, the prosecutor may request a re-trial, offer a better plea, or dismiss the case.

Next, as far as jurors giving punishment goes, jurors do not regularly sentence people to jail time! They are likely to stop and give pause when punishing someone with jail time. For example, if you are charged with a crime and have never been convicted of a felony, you can request that the jury give you your punishment AND you can request that the jury give you probation! Even if the Judge won’t give you probation, the jury can. A finding of Not Guilty can even qualify you for an Expunction.

The disadvantages of a jury trial may be that there are complex arguments from the State and the defense. When I say complex, I don’t mean the sense that they’re legally complex but that there may be advanced science involved, numbers, computations, and generally more complicated evidence. This evidence may distract or confuse some jurors. If the jurors are distracted or confused, there is a possibility that they would go along with the other jurors decisions. If the other jurors have decided your guilt, they too may follow.

Trial by Judge Advantages and Disadvantages

The decision to have a trial by judge should not be taken lightly. The advantage to having a trial by Judge comes when the law is complicated. The Judge, as stated above, may have been a former prosecutor. Some prosecutors become very knowledgeable in certain areas of the law. For example, let’s say the criminal charge is a white collar crime case such as money laundering. If there are a lot of financial terms, percentages, statistics and math calculations, the Judge may be more aware at breaking down the evidence and applying the law in cases like these. Experience with certain criminal issues can work in your favor if the Judge is an expert in those types of cases. After the Guilt/Innocence stage, you may request that the Judge give you your punishment (even if you have a jury trial you can request that the judge sentence you.) This situation may be helpful where the Judge is known for not being harsh with jail/prison time and/or fines.

As I described above, one of the greatest disadvantages to requesting a trial by Judge is that they are very often former prosecutors. They tend to think like prosecutors. The Code of Criminal Procedure is the rulebook for all state criminal cases. The Code has a tendency to favor the State and its prosecutors.

The decision whether to have a jury trial or a trial by Judge is a very important life decision. If you’re at the point where you’re asking yourself or others this question, chances are high that the plea bargaining process has broken down. If you’re headed to trial, an experienced attorney will be able to tell you a bit of information about the Judge whose Court you’ll be in and help guide your decision. As a general rule of thumb, always request a jury trial. 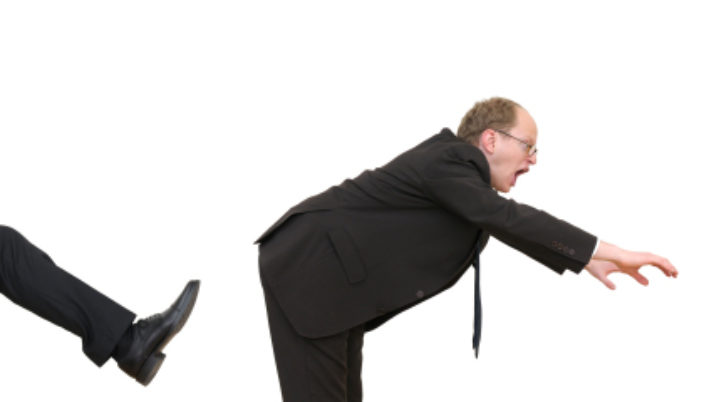 Clients regularly call me and ask me to represent them in Court for a variety of reasons. Every so often some of those clients that call tell me...